A few early settlers traveled on Red River Ox Cart trails and settled in isolated places in Central Minnesota. In 1858, it was possible to use a newly cut government road, stretching from St. Cloud to Ft. Abercrombie in Dakota Territory. The first white settlers reached Alexandria in 1858.

Fort Alexandria, a military stockade, was built in the spring of 1863 by the Eighth regular infantry on order of the Governor of Minnesota. It was built in response to the Dakota Conflict of 1862, which resulted in all of the early settlers fleeing the area. The original location of the fort was two blocks east of our museum. 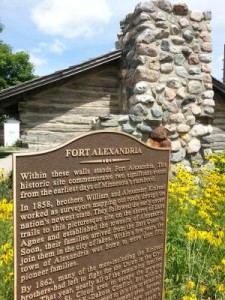 The Fort was the center of social and commercial activity for the whole region. J.H. Van Dyke built the log general store and post office. Log residences, a church, a school, a blacksmith shop, a washhouse, and a smokehouse were added as the population grew. We have some similar log buildings on the grounds of our museum to illustrate the living conditions when the Fort was in use. 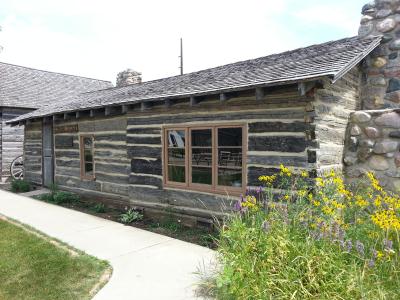 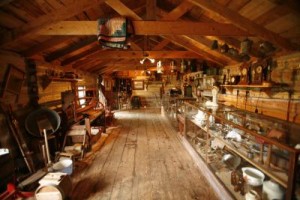 The General Store depicts the atmosphere of a local merchant’s store, with many of the essentials necessary for the settlers living within the walls of the stockade.

In our museum, you can see some furniture and items that were originally in the Fort. 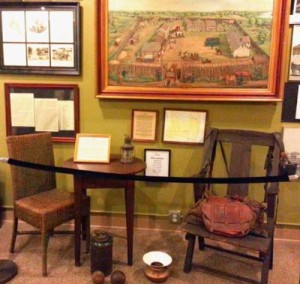 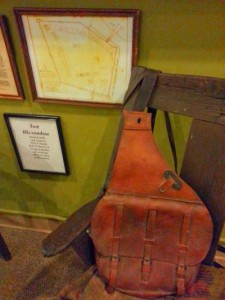 You will see the original plat map for the 5-sided stockade. The defense towers are labeled “Bastions.”